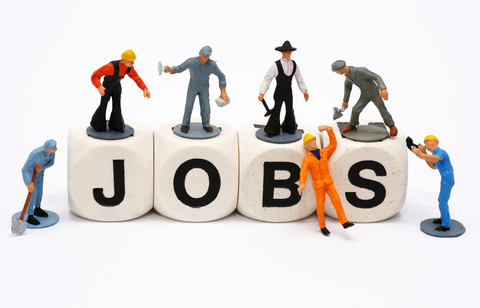 This literature review examines how jobs are created to identify consistent themes, dynamics and determinants that government can apply to develop meaningful policy and initiatives. You can read Part 1  here which examines how places create and destroy jobs. It finds that agglomeration is a driving force behind structural change, economies of scale and how places grow and create jobs.

Economic growth and job creation has been strongly linked to the traded sector – that is, firms that derive income from exporting (Mc Andrew, 1995). This is because investment and job creation in the traded sector is new money which flows through to increase demand for local services and goods, generating additional jobs. Bacchetta and Stolzenburg (2019) found that in most advanced nations, more than 50 per cent of jobs are underpinned by traded industries.

Cortright (2017) finds that education and skills can be specifically attributed to “two-thirds of the variation in per capita income” of a city. While there are many well educated and skilled people employed in the local sector such as doctors and lawyers, those jobs are found in most locations and are proportional to the size of the population (Cortright, 2017; Delgado & Mills 2018). Therefore, the difference in income levels is derived specifically from the additional benefits gained from concentration of highly skilled – high paid jobs in the traded sector. This is because, traded industries typically agglomerate or cluster in one location due to the specific benefits that certain places offer. These include specific workforce specialisation, economies of scale and market access (Delgado & Mills, 2018; Florida, 2008; Hausmann et al, 2007; What Works Centre for Local Economic Growth, 2019). In addition it has recently been found that firms that cluster and network along the traded supply chain are more innovative and support significant job creation (Delgado & Mills, 2018).

A healthy traded sector directly benefits the whole economy by creating well-paid jobs and indirectly creating additional jobs in the local sector (Cortright, 2017; Delgado and Mills 2018).This dynamic is known as the employment multiplier and there are three types, including:

The size of the multiplier is determined by the extent to which the new jobs add new value and supports a desirable economic restructuring. Research What Works Centre for Local Economic Growth, 2019; Cortright, 2017; Delgado and Mills, 2018; Mc Andrew, 1995; Moretti, 2012) has consistently found that the higher skilled a job is in the traded sector, the greater impact on job creation. Moretti (2011) found that high skilled, traded jobs in the US, such as a job in the technology giant, Apple, created five additional jobs in the local sector. Two of the jobs created by the multiplier effect would be professional jobs such as a doctor or lawyer—and the other three would be in non-professional occupations such as restaurant workers or retail. More explicitly, the What Works Centre for Local Economic Growth (2019) found on average that:

A recent study by Delgado & Mills (2018) found that supply chain industries (i.e. business-to-business or business-to-government) are a very important segment of the economy and critical to both job creation and innovation. Delgado & Mills found that supply chain industries created over 53 million jobs or 43 per cent of the US employment in 2015 and had the highest percentage of science, technology, engineering and mathematics (STEM) jobs at 81 per cent. The highest value creators in the supply chain were not the businesses producing parts but providing “supply chain traded services, such as in engineering, computer programming, and design” (Blanding, 2019).

Delgado and Mills (2018) attribute the benefits derived from supply chains to three main reasons. That is, supply chains:

Thus, the examination of traded industries and supply chains provide a new and important frame for industry development, innovation and job creation.

[1] Gonzalez-Pampillon (2019) also noted that government jobs were found to have a crowing out effect in some cases and cautioned that the relocation of government jobs did not have a net job gain.