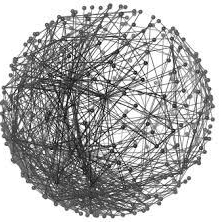 With more than half the world’s people now living in cities, cities play a new economic role in the global economy (World Bank Group, 2015). Cities have become their own strategic territories due to their size and location which facilitates a dynamic called economic agglomeration – a powerful force in economic development. It is Agglomeration forces that largely determine why some places grow and become richer and why others decline.

Agglomeration is an interesting concept because it contradicts normal economic trends such as supply and demand. For example, the co-location of similar firms does not necessarily reduce demand and profits for goods and services through increased competition. Instead, agglomeration can support productive efficiencies, innovation, job creation and higher incomes which drive the competitiveness of firms and higher living standards for its residents (World Bank Group, 2015). Agglomeration is also an accumulative process, in that, growth continues to attract more people, investment making it places more productive and wealthy.

The following is a summary of the work by Mario Polèse[1], explaining the seven pillars of agglomeration and the economic rationale for growth.

Agglomeration enables the firms to benefit from economies of scale through lower fixed costs through the centralisation of their production processes into a single location. Economies of scale is defined as “factors that cause the average cost of producing something to fall as the volume of its output increases (Economist, 2008)”. Locations that offer economies of scale tend to be cities where it makes economic sense for firms to concentrate their production facilities and locate those facilities close to lots of workers, driving down the cost of production.

In order for trade to occur in an orderly and efficient manner, facilities such as infrastructure and logistic networks need to be maintained and again this involves fixed costs. Places where there is a concentration of firms using these facilities, tend to have better maintained facilities, more accessible networks and lower unit costs, driving productivity. This is because, for governments and the private sector to invest in supplying such facilities they need to be economically viable and that is driven by scale – users and production through facilities.  When firms are able to benefit from supply chain efficacies and market access, it leads to the attraction of new firms and increased traded out of those places. Increased trade leads to higher incomes and the attraction of more workers propelling the creation of cities.

Firms need to be able to access a large enough market to generate a profit and it makes little sense to do this if the cost (time and money) of transporting goods or communicating (e.g. services via the internet, fibre optic etc. ) to the market and suppliers eats into a firms revenue.  Therefore the cost of transport and communication is therefore a “powerful barrier to market expansion”. Falling transport cost and communication enable firms to concentrate activities in one place to be closer their market or market access points to more effectively distribute to or establish new markets.

Industry clustering is about the benefits that firms receive by being located close to other firms in similar or interconnected industries. Cluster development is not just about the benefits of locating firms in the same place but about the collaboration and competition between competing companies that leads to a range of benefits. These include:

Firms also benefit from variation and diversity which can only really occur in places such as cities that have large markets. For example, variation supports firms to rapidly scale production due to access to diverse customers, skilled workers and suppliers; and to develop niches that are only viable in large markets. In addition, variation and diversity also supports intangible benefits such as culture and creativity which underpins innovation and therefore the competitiveness of firms and the city.

Firms need access to their customers and it makes economic sense to be located in the geographic centre of their markets. However, ‘centrality’ (the centre of somewhere/thing) can also be man-made, as investment overtime can make one location more central for access to other areas and markets (i.e. ports that can act gateway – especially intermodal and ones with multi-connections such as Heathrow, Singapore or Dubai). Consequently, for firms that export, it will be places that provide the best access to customers via market-access infrastructure. Either way, the most strategic location for a firm is one that minimises the cost for the majority of its customers to reach them – and that generally is a city.

People are also driven to agglomerate. The majority of us, to some extent, want to be located near to near people and with people of similar skills (clusters). People also want access to better services, amenity, culture, and better jobs and higher incomes – all which can generally be found in cities. As Polèse’s notes, agglomeration is undoubtedly an economic driver but it also “fulfils a social need” which makes it a virtuous cycle.

[1] Polèse, M (2009) The Wealth and Poverty of Regions: Why Cities Matter. The University of Chicago Press. Chicago.